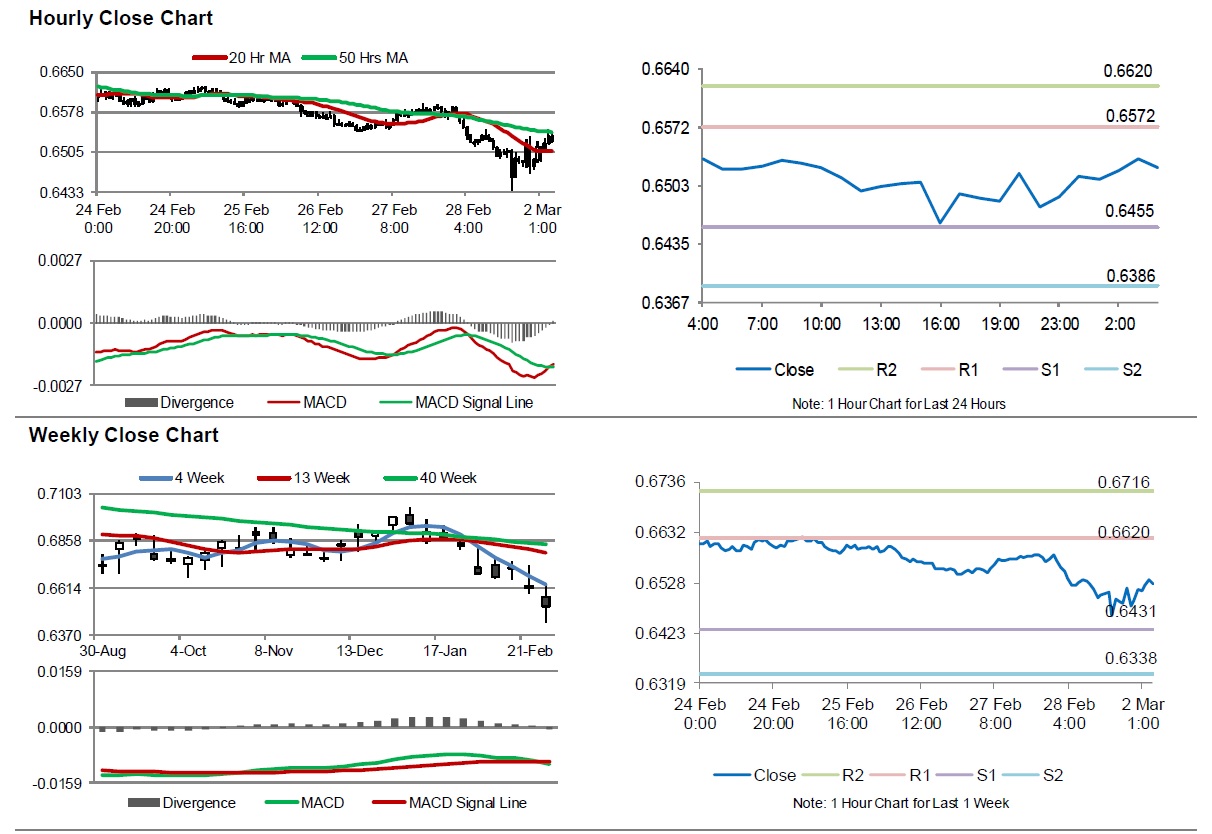 Moving ahead, investors would keep an eye on Australia’s building permits for January and current account balance for 4Q followed by the Reserve Bank of Australia’s interest rate decision, slated to release overnight.

The currency pair is trading above its 20 Hr average and showing convergence with its 50 Hr moving average.