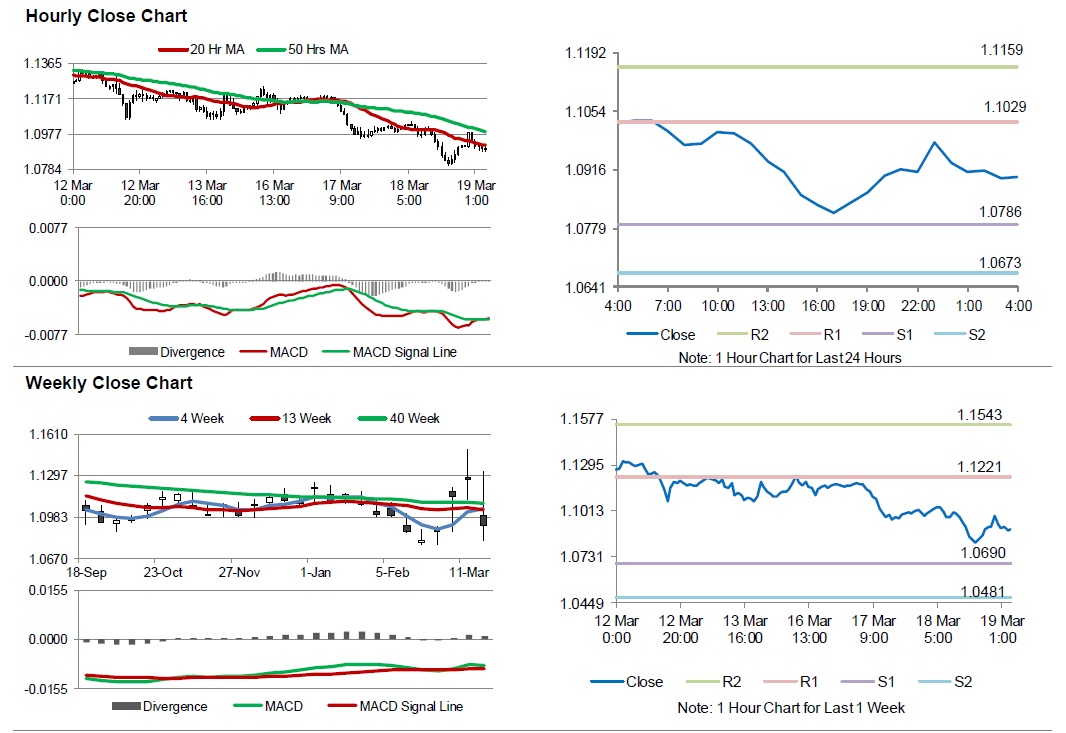 On the macro front, Euro-zone’s seasonally adjusted trade surplus narrowed to €17.3 billion in January, compared to a revised trade surplus of €21.5 billion in the previous month. Additionally, the consumer price index rose 1.2% on an annual basis in February, in line with market consensus and confirming the preliminary print. In the previous month, the CPI had recorded a rise of 1.4% in the prior month.

In US, the MBA mortgage applications fell 8.4% on a weekly basis in the week ended 13 March 2020, compared to an increase of 55.4% in the previous week. Moreover, building permits dropped 5.5% to an annual rate of 1.46 million units in February, more than market anticipations and compared to a revised level of 1.55 million units in the prior month. Furthermore, housing starts decreased 1.5% to an annual rate of 1.59 million in February, less than market forecast and compared to revised reading of 1.62 million in the earlier month.

Looking ahead, investors would keep a close watch on Euro-zone’s construction output for January, slated to release in a few hours. Later in the day, the US current account balance for 4Q2019 and the Philadelphia Fed manufacturing survey for March, followed by the US initial jobless claims, would keep investors on their toes.