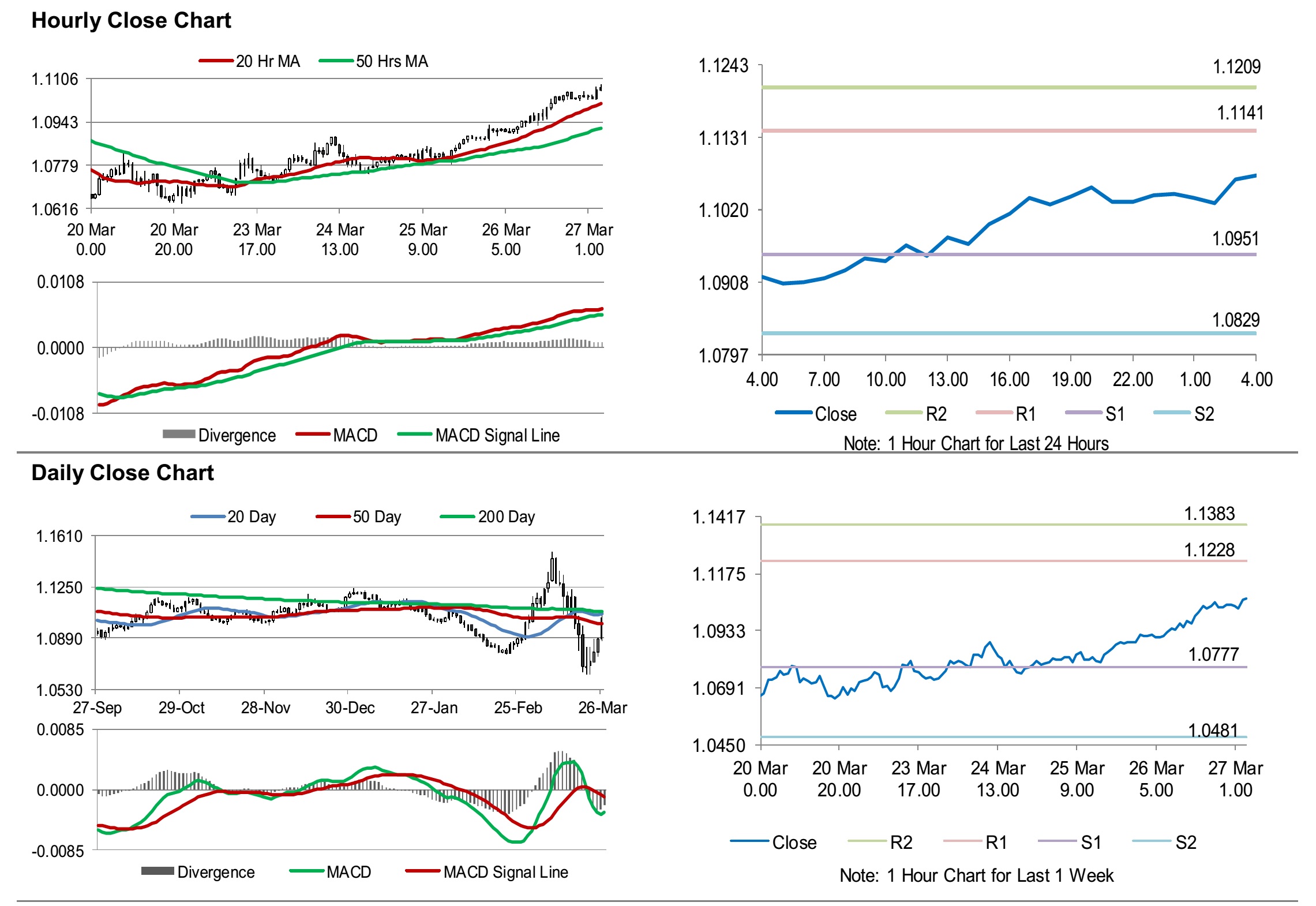 On the macro front, Euro-zone’s M3 money supply rose to 5.5% on a yearly basis in February, compared to an advance of 5.2% in the previous month. Separately, Germany’s GfK consumer confidence survey dropped to a level of 2.7 in April, hitting lowest level since May 2009 and compared to a revised reading of 8.3 in the previous month. The preliminary figures had recorded a rise to a level of 9.8.

The US dollar declined against a basket of currencies, following dismal US jobs data.

Data showed that the US seasonally adjusted initial jobless claims surged to a level of 3283.0K in the week ended 20 March 2020, notching its highest level in the history of seasonally adjusted series. In the previous week, initial jobless claims had recorded a revised level of 282.0K. Additionally, annualised gross domestic product (GDP) increased 2.1% on a quarterly basis in the fourth quarter 2019, compared to a rise of 2.1% in the prior month. The preliminary figures had also indicated an advance of 2.1%. Meanwhile, goods trade deficit narrowed to a level of $59.9 billion in February, compared to a revised deficit of $65.9 billion in the previous month.

Separately, the US Federal Reserve (Fed) Chairman, Jerome Powell, in his speech, pledged to provide an unlimited lending to support the economy as long as it is damaged by the viral outbreak. He further stated that the economy might be in recession due to the coronavirus pandemic, but has a strong potential to rebound, if the virus is contained fairly quickly.

Amid no major economic releases in the Euro-zone today, investors would keep a close watch on the US personal income and personal spending, both for February, along with the Michigan consumer sentiment index for March, slated to release later today.

The currency pair is trading above its 20 Hr and 50 Hr moving averages.