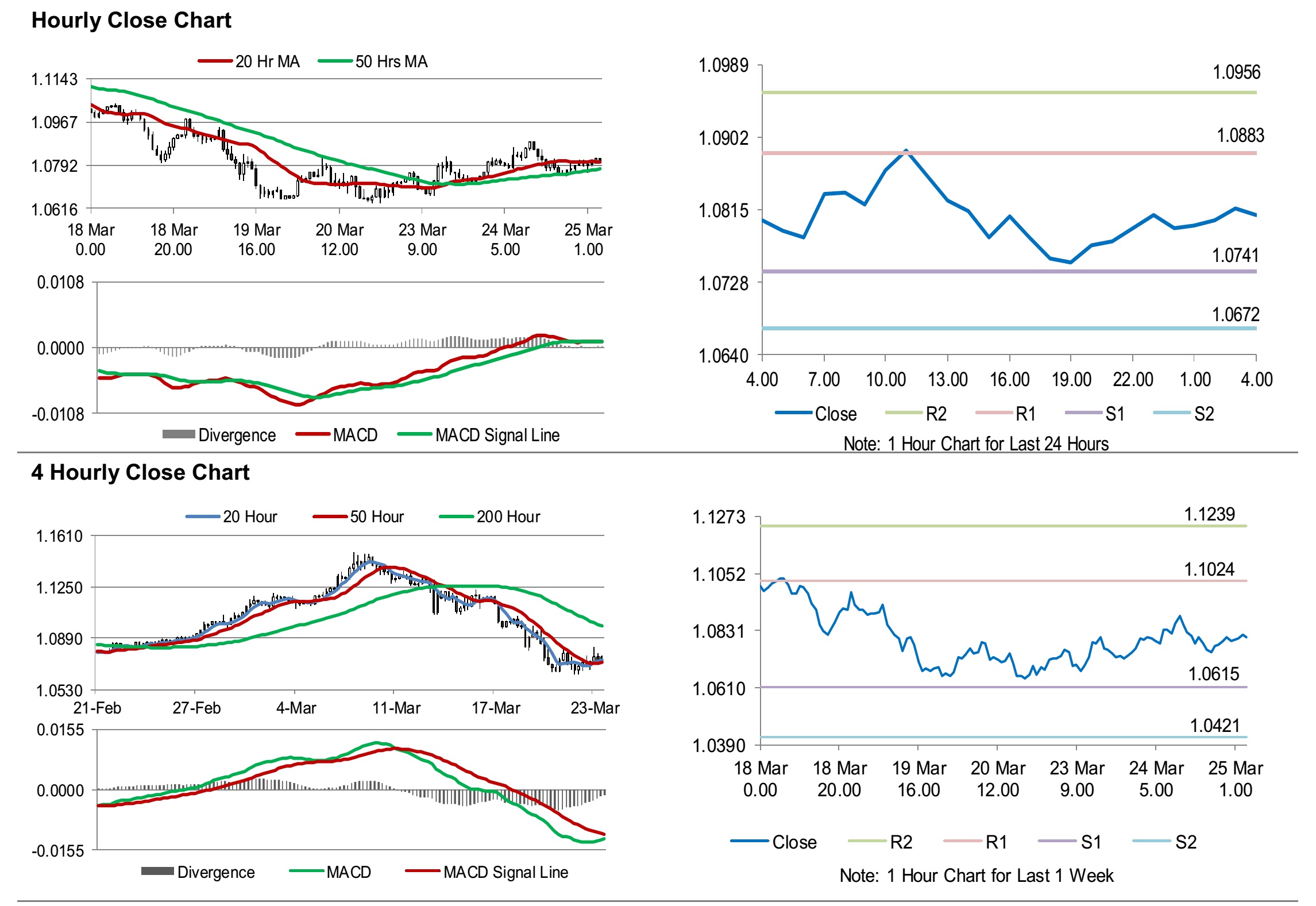 In the US, the preliminary Markit manufacturing PMI decreased to 49.2 in March, undershooting market consensus for a decline to a level of 43.0 and compared to a level of 50.7 in the earlier month. Moreover, new home sales slid 4.4% on a monthly basis to an annual rate of 0.77 million in February, less than market expectations for a reading of 0.75 million and compared to revised level of 0.80 million in the previous month. On the flipside, the Markit services PMI declined to 39.1 in March, more than market expectations for a drop to 42.0. In the previous month, the PMI had recorded a reading of 49.4. Additionally, the Richmond Fed manufacturing index rose to 2.0 in March, less than market consensus for a rise to level of 9.0 and compared to a reading of -2.0 in the prior month.

In the Asian session, at GMT0400, the pair is trading at 1.0809, with the EUR trading marginally higher against the USD from yesterday’s close.

Moving ahead, investors would keep an eye on Germany’s Ifo survey indices for March, slated to release in few hours. Later in the day, US durable goods orders and factory orders, both for February along with the housing price index for January and the MBA mortgage applications, would keep investors on their toes.