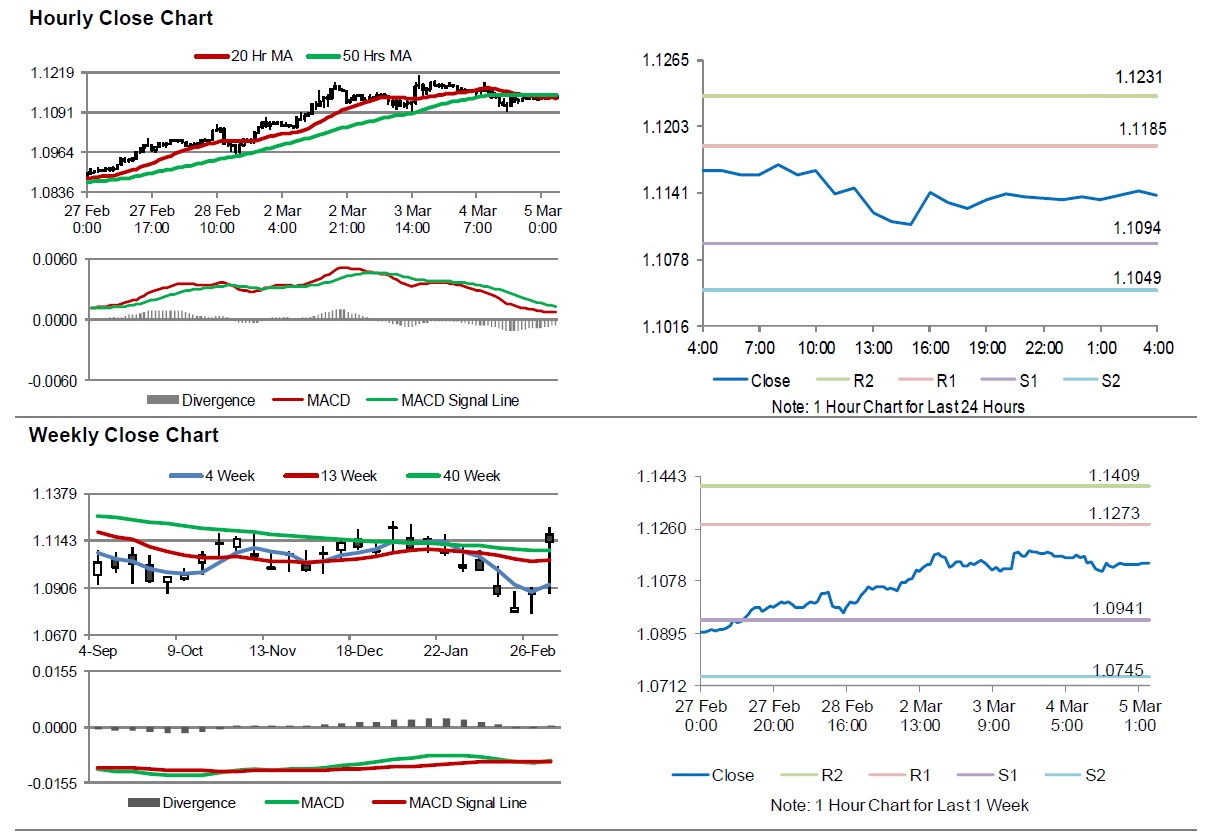 Separately, the US Federal Reserve (Fed), in its latest Beige Book report, revealed that the US economic activity expanded at a “modest to moderate” pace in majority of the Fed districts. However, two districts namely St. Louis and Kansas City, reported unchanged growth. The report indicated that the coronavirus was negatively impacting travel and tourism in the US, with growth in tourism described as flat to modest. On the outlook front, the Beige Book indicated that the coronavirus and the upcoming presidential elections pose significant risks to the country’s economic outlook.

In the Asian session, at GMT0400, the pair is trading at 1.1138, with the EUR trading slightly higher against the USD from yesterday’s close.

In absence of key macroeconomic releases in the Euro-zone today, investors would direct their attention to the US factory orders and durable goods orders, both for January, along with initial jobless claims, slated to release later in the day.

The currency pair is showing convergence with its 20 Hr and 50 Hr moving averages.