Whopping gains after White Monday – Some European traders returned from a long weekend with energy to push the euro higher – and for good reasons.

Major economies in the old continent continue making gains against coronavirus, with Spain reporting no deaths from the disease on Sunday. Weekend figures tend to be optimistic, yet the downtrend is clear. Germany, France, and Italy also continue enjoying a downtrend.

These developments enable the continent to continue easing restrictions. In Spain, the de-escalation that began in May is already bearing economic fruits, with employment bouncing from the lows last month. While that is mostly due to temporarily laid-off workers returning to their jobs, markets remain upbeat.

A seven-day rolling average of new deaths (per million): 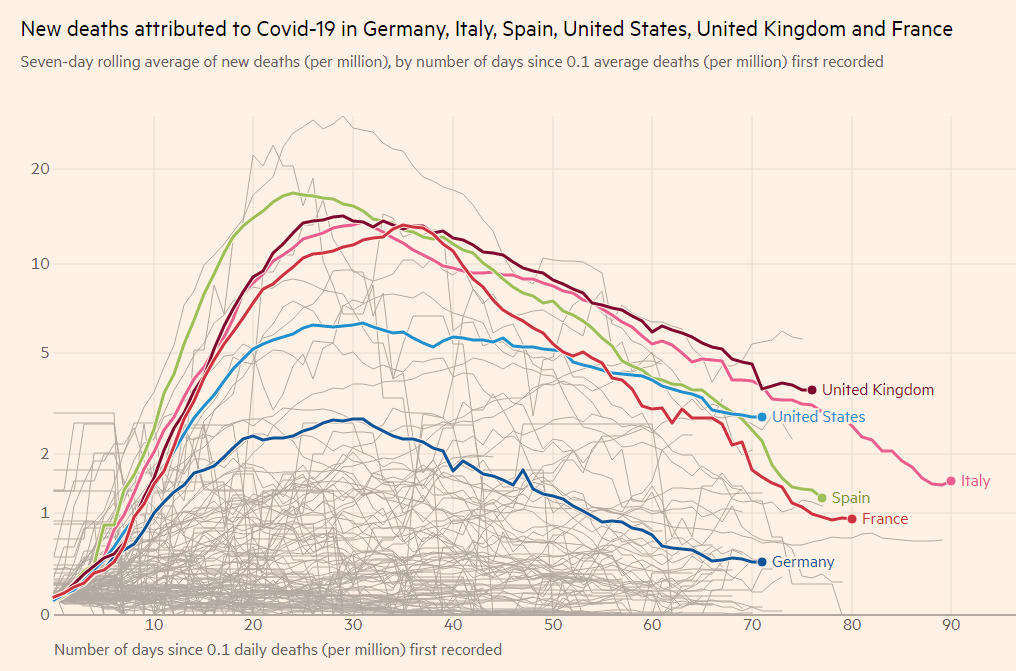 Speculation is mounting ahead of the European Central Bank’s decision on Thursday. The Frankfurt-based institution may defy the German constitutional court’s ruling – that deemed the bank’s QE program as partly illegal – and expanding its bond-buying scheme. That would keep the government’s borrowing costs low and support the recovery. Spreads between Italian and German bunds remain below 200 basis points.

Christine Lagarde, President of the European Central Bank, will likely present depressing economic forecasts, yet if these do not deviate too much from the EU Commission’s 7.4% contraction forecast for 2020, markets would likely shrug it off.

Investors have been following the unfolding of protests in the US, following the murder Goerge Floyd, an unarmed black person at the hands of the police. Several state governors have called in the national guard and a handful of cities, including New York, have ordered curfews.

President Donald Trump threatened to bring in the military and called governors “weak.” Stock markets had been shrugging off the violent scenes, focusing on reopening and benefiting from monetary stimulus. Will this change? Densely packed demonstrators may contribute to spreading coronavirus and delay the reopening, boosting the safe-haven dollar.

On the other hand, fiscal stimulus may also boost equities and continue weighing on the greenback. According to reports by Fox News, Republicans and Democrats are accelerating talks for another stimulus package in response to the protests.

The next developments on American streets and in Washington will likely determine the next moves on Tuesday, before the focus may shift back to data, ahead of Friday’s Non-Farm Payrolls. The ISM Manufacturing Purchasing Managers’ Index for May marginally missed expectations but showed improvement. 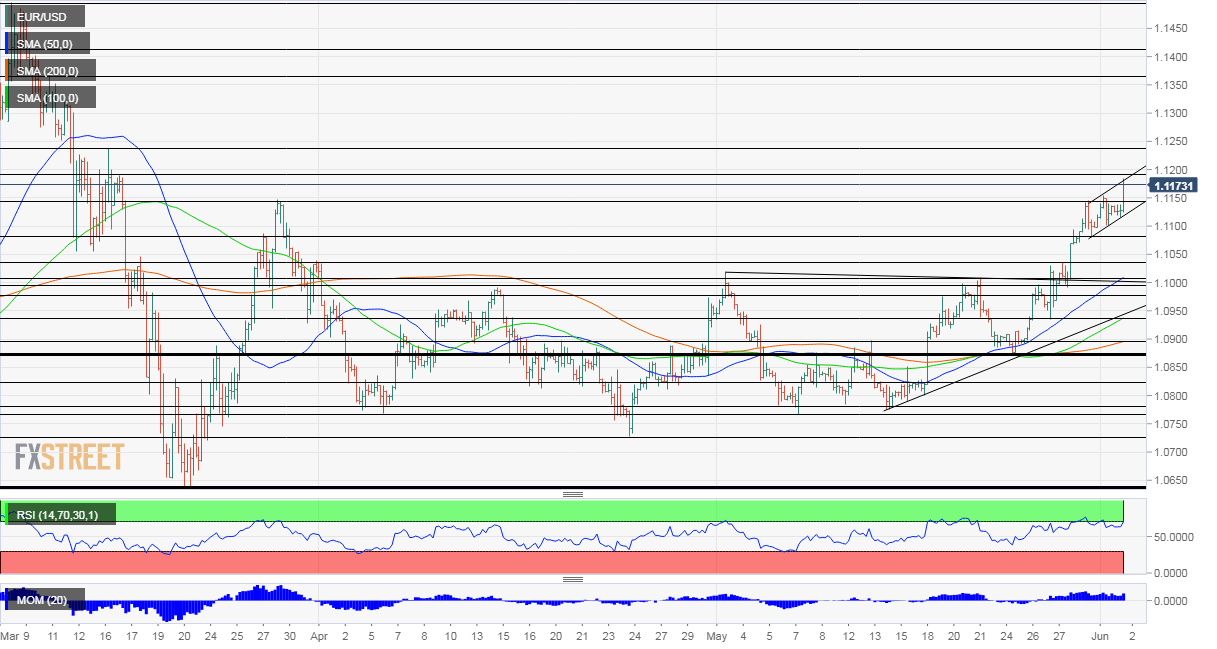 Euro/dollar is trading at the top of a recent uptrend channel that has been accompanying it in recent days. The Relative Strength Index on the four-hour chart is still below 70 – outside overbought conditions and allowing for further gains. EUR/USD is trading above the 50, 100, and 200 Simple Moving Averages.

All in all, there is room for more gains.

More EU recovery plan and the Euro, will the currency be affected?