The gong from Hong Kong – long days of simmering tensions between the world’s largest economies have finally hit markets when China moved against Hong Kong’s freedoms. In its National People’s Congress in Beijing, officials presented a new security law that tightens China’s group over the cit-state.

The move angered citizens of the financial hub, which are set to demonstrate in droves over the weekend. It also angered American lawmakers, who have already been moving forward with laws scrutinizing China’s commercial activities. Both countries have also been clashing over coronavirus.

As markets – from HK’s Hang Seng to major indexes in the US and Europe – are falling, the safe-haven dollar is benefiting from demand. Will this trend continue? There is one silver lining for investors – both countries have vowed to hold up the trade deal signed early in the year.

There is probably a greater chance that markets will focus on the “glass half empty” ahead of the long weekend in the US, avoiding risks.

Investors seemed to ignore rising unemployment in America, as both initial jobless claims and continuing ones came out worse than expected. Business confidence advanced according to Markit’s preliminary Purchasing Managers’ Indexes for May. Nevertheless, economic activity remains subdued in the US and in most of the world.

In the old continent, the European Central Bank releases its meeting minutes later on Friday. The document may shed some light on deliberations regarding adding more stimulus. The protocols are from the late April meeting, before the German constitutional court’s ruling that the bank’s bond-buying scheme is partly illegal.

Christine Lagarde, President of the ECB, called on governments to do more. Germany and France announced a plan for a €500 billion fund early in the week which has been met by objections from several northern countries.

Coronavirus cases and deaths remain at low levels in Europe’s largest countries, which continue gradually opening up. Protests for faster loosening of restrictions are expected in Germany and other countries over the weekend. In the US, the pace has dropped, but the US is losing over 1,000 people every day. 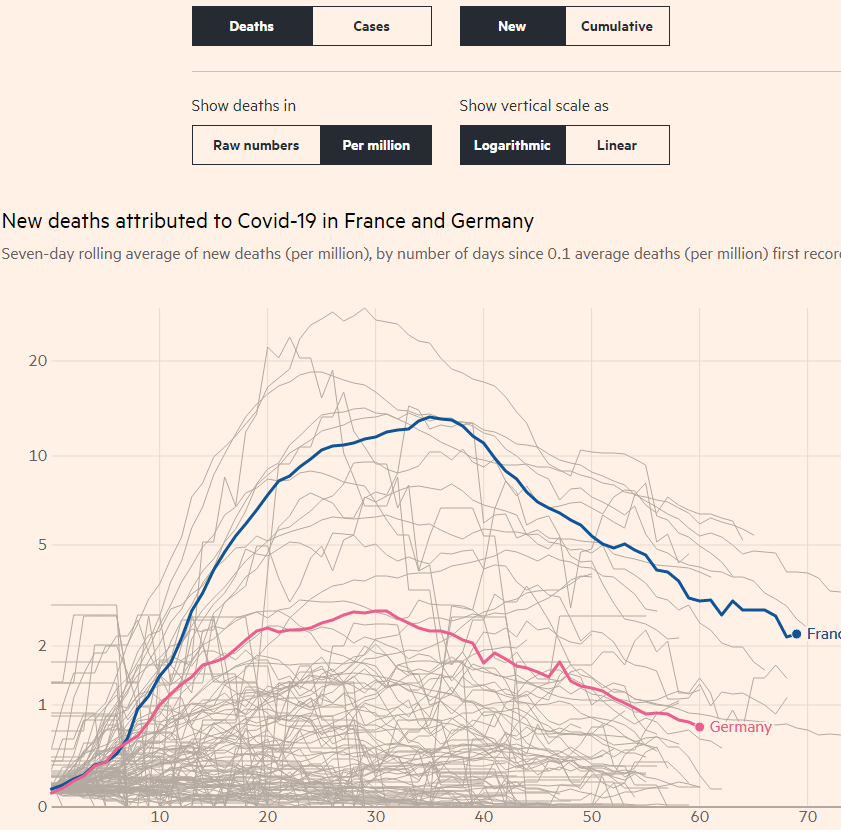 All in all, euro/dollar remains on the back foot and it is unclear if it can recover. 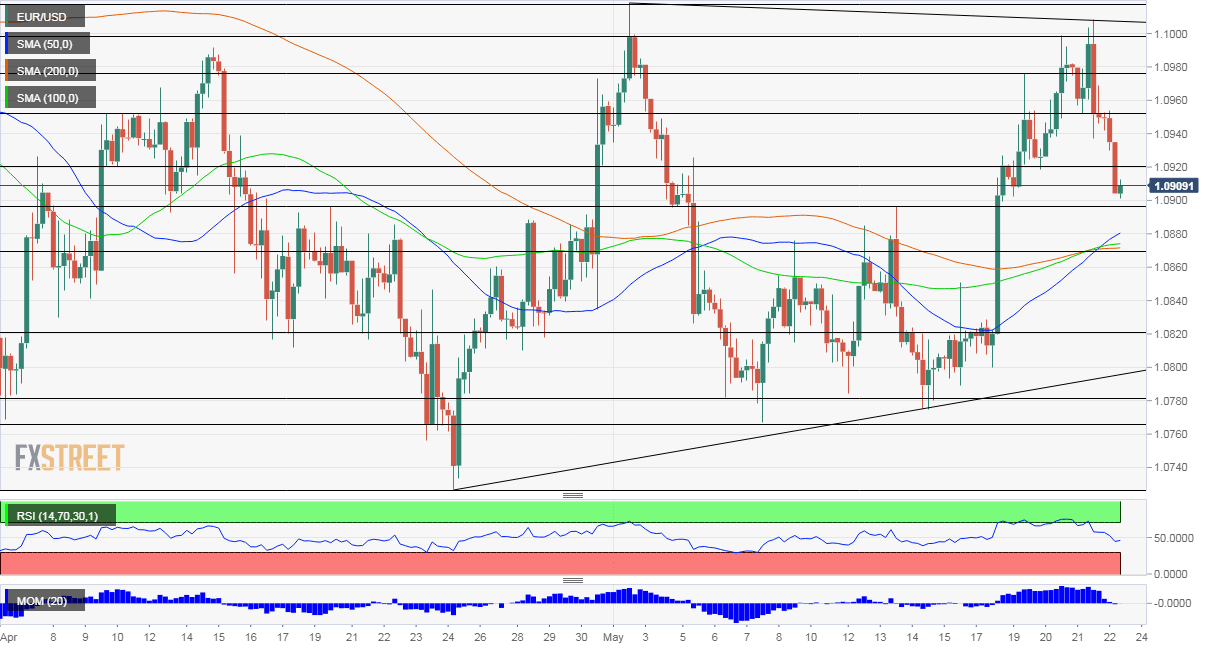 Momentum on the four-hour chart has all but disappeared, but EUR/USD is still trading above the 50, 100, and 200 Simple Moving Averages, a positive sign. The Relative Strength Index has stabilized after previously staying at overbought conditions.