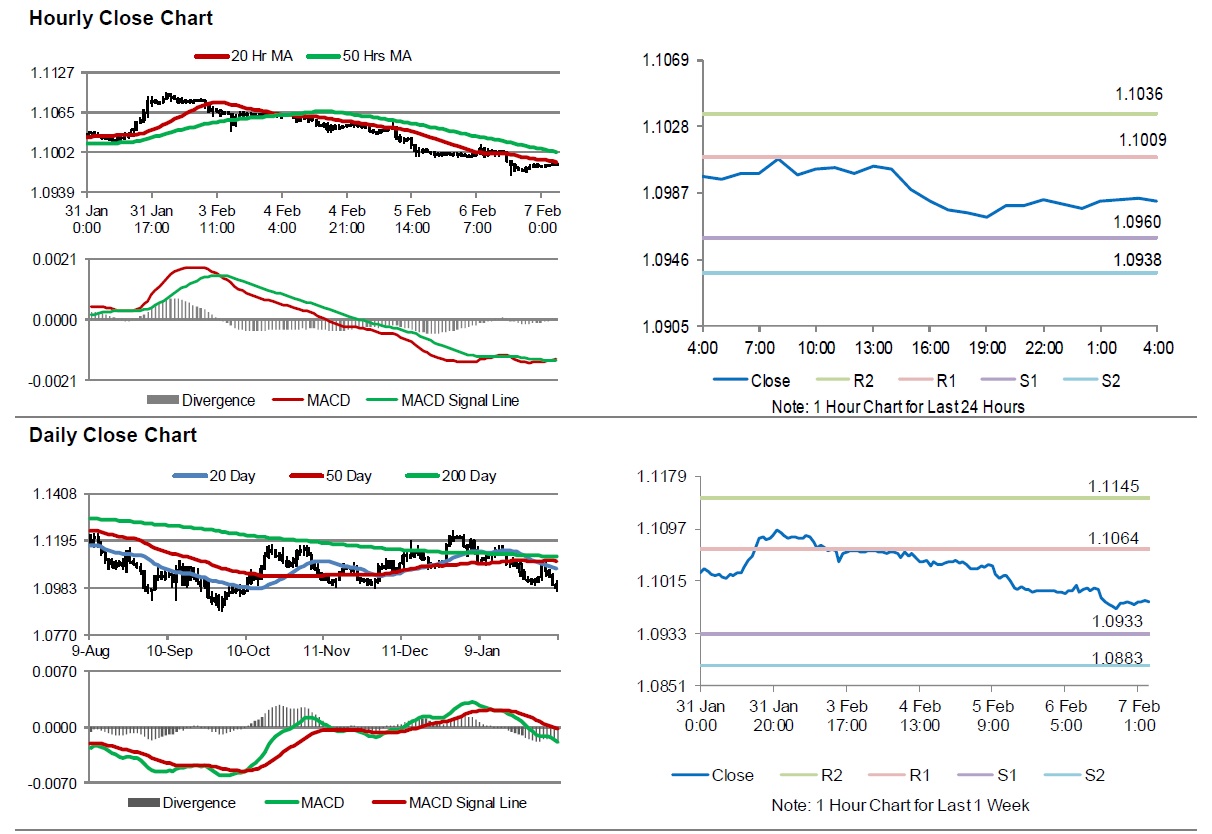 Data showed that Germany’s factory orders unexpectedly dropped by 2.1% on a monthly basis in December, amid a decline in foreign demand and defying market expectations for an advance of 0.6%. In the prior month, factory orders had registered a revised drop of 0.8%.

Separately, the European Central Bank President, Christine Lagarde, stated that despite Euro-zone’s weak growth there are tentative signs of stabilisation. Further, Lagarde cautioned that though trade tensions between the US and China have receded, other risks such as the impact of the coronavirus outbreak are a renewed source of concern. She added that the domestic economy remains resilient, with consumption still rising, unemployment at a 12-year low and employment at record highs.

In the US, data revealed that the seasonally adjusted initial jobless claims fell more-than-expected to 202.0K in the week ended 01 February 2020, hitting its lowest level in nine months and compared to a revised reading of 217.0 K in the previous week..

In the Asian session, at GMT0400, the pair is trading at 1.0982, with the EUR trading marginally higher against the USD from yesterday’s close.

In absence of key macroeconomic releases in the Euro-zone today, investors would direct their attention to Germany’s trade balance and industrial production, both for December, slated to release in a few hours. Moreover, the US nonfarm payrolls, average hourly earnings and unemployment rate, all for January, set to release later today, will be on investors’ radar.