Going short pound/dollar ahead of a long weekend? That seems to be the order of the day on Friday, ahead of holidays in both the US and the UK. Avoiding risk is ahead of the day off is not the primary reason for the downside bias – there are three major reasons.

Retail Sales plunged by 18.1% in April, worse than 16% expected and on top of minor revision. Similar disappointments were recorded also in statistics excluding fuel and in annualized falls. Headline expenditure collapsed by 22.6% year on year.

The downbeat data joins a surge of 856,500 in the Claimant Count Change – jobless claims – and a plunge in inflation to 0.8% yearly. How long can sterling resist the economic pressure? It is showing signs of cracking.

Similar to the accumulated effect of British economic figures, relations between the world’s largest economies have been mounting and markets are finally taking note. China aims to tighten its hold on Hong Kong, legislating a security law that bypasses the city-state’s elected officials. The moe is angering Washington and is set to trigger protests in one of Asia’s most significant financial hubs.

The safe-haven US dollar is on the rise in response to the souring market mood.

The row joins Washington’s bipartisan efforts to scrutinize Chinese firms and Beijing’s vow to retaliate. The silver lining is that both countries pledged to hold up Phase One of the trade deal. That could alleviate pressures on markets and send the greenback down, but the chances seem low as it is already priced in.

Andrew Bailey, Governor of the Bank of England, opened the door to setting sub-zero borrowing costs when he spoke to lawmakers earlier this week. Bailey said he changed his mind amid the pandemic and that the topic is under active review.

His views contrast those of the US Federal Reserve – which even failed to mention negative rates in its meeting minutes. That divergence on interest rates is weighing on GBP/USD.

In both countries, COVID-19 cases are declining, yet remain stubbornly high. Britain is set to acquire antibody tests to see how much the disease has spread among the population, yet results may take time. 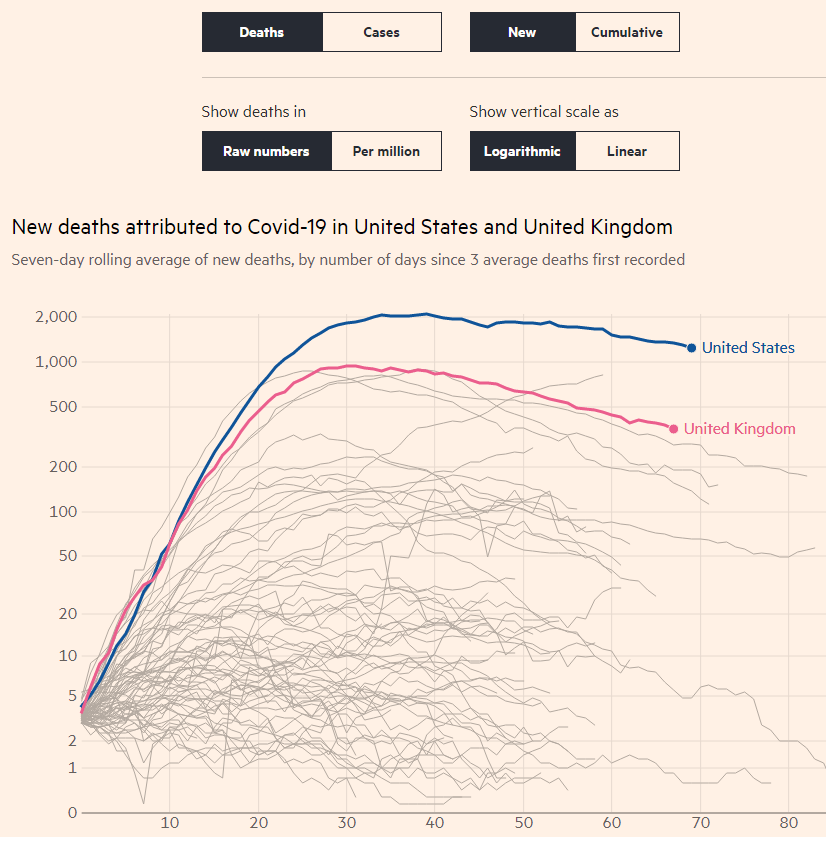 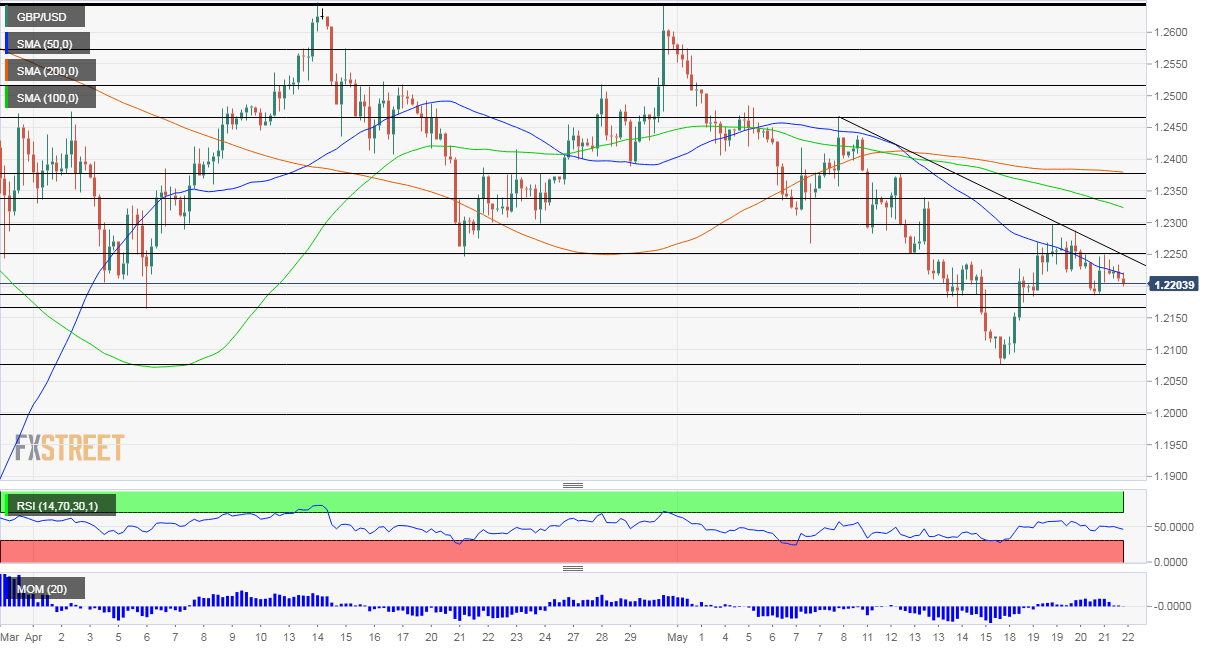 Pound/dollar has slipped below the 50 Simple Moving Average on the four-hour chart after battling it for several days. Upside momentum has all but disappeared and downtrend resistance is looming. All in all, bears are gaining ground.