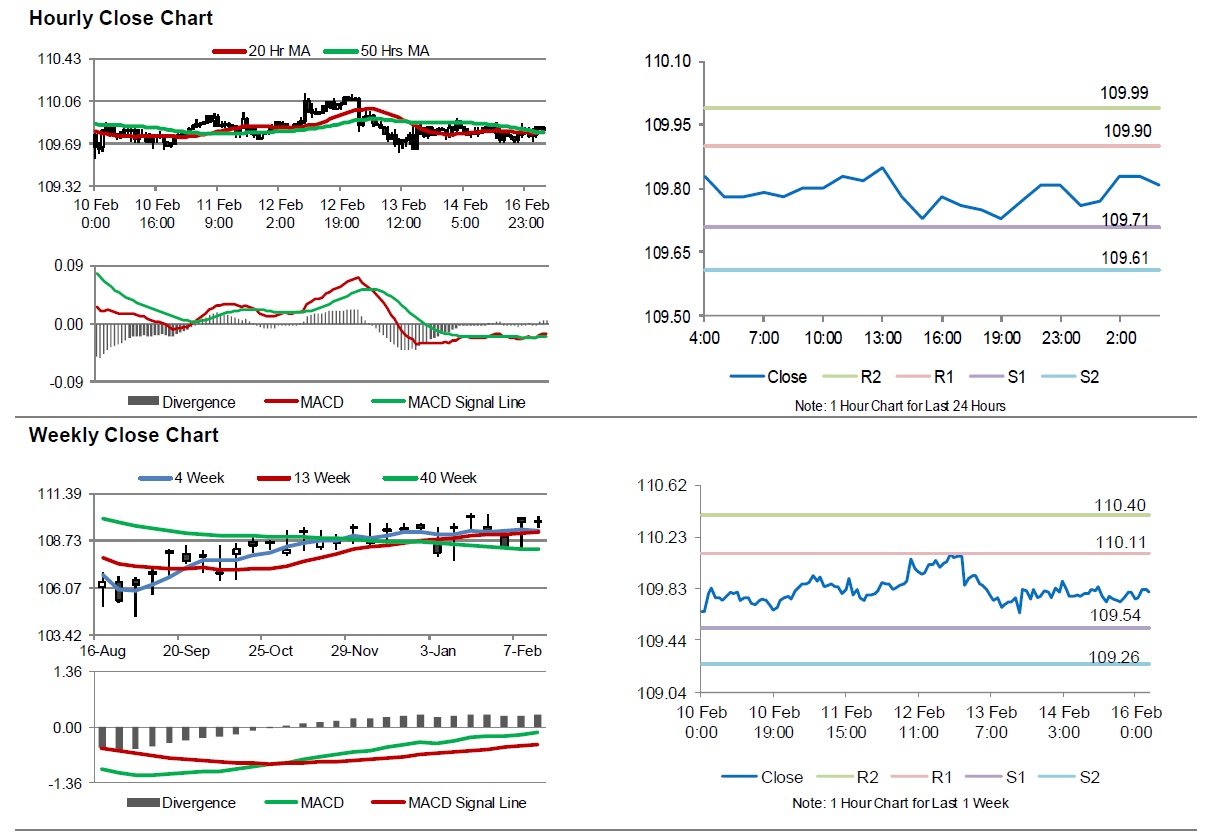 The Japanese Yen declined against the US dollar, following the release of Japan’s preliminary fourth quarter GDP data.

The currency pair is showing convergence with its 20 Hr and 50 Hr moving averages.